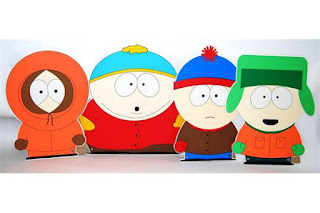 For a long time (seemingly forever), the idea of Network Marketing has been considered a negative model. And, frankly, it was. Or at least nothing to be taken seriously. When I think of this business model, it conjures thoughts of the old Tupperware parties from the 70's. Kinda harmless; more like hobbies that pay for what used to be called a housewife. So 1970's!

Moving forward a bit, it also makes me think of organizations like Amway. I have nothing against that company, but I don't have a glowing opinion either. (Honestly, I just had to Google it to see if they are still in operation. $8.8 Billion says that they are...).

But still, I always had this negative connotation from the model. Go sell some stuff but mainly try to recruit people to sell under you. Ye Olde Pyramid.

Recently, though, I've done a mental 180 on this. Why? The primary catalyst has been my wife, who has recently gotten into the game by selling CBD. On the surface, it can be perceived as two scammy worlds colliding. But with only a small amount of research shows that I (and many others) have been wrong.

I won't spend much effort on the CBD part. What I will say on the subject is: do a little research. There are all kinds of misleading (in my opinion deliberately misleading) information on the substance. Is it the magical cure-all that it's often made out to be? Of course not! Mick Jones could have been talking about CBD back in the 80s!

What I can say is, if you are interested, just make sure you know what you are taking. From completely fraudulent products (a friend was taking a product that clearly says in its description "Zero CBD AND THC") to confusing language to convoluted ingredients (saw some at our local grocery store that was full of additives and oils), it's simply a mess in that world.

No, this post is more about the sales mechanism, now commonly called Network Marketing. Multi-Level Marketing is the same thing but with changing perceptions come changing identities.

Are there still the basics? Levels of Associates who are selling the product and recruiting other people to sell? Sure, but I now look at the distribution system as it compares to traditional distribution. To put that same product on a retail shelf, the manufacturer would engage a sales rep (layer), distributor (layer), perhaps a local wholesaler (layer) before finding the retailer (layer). And that doesn't account for the rules of retail (markdowns, payment terms, etc.). It's simply using individuals who actually believe in the product to just talk about their own experiences. It's testimonials on a personal level.

I'm not advocating that this is the perfect distribution system for ALL products. What I am saying is, this system, when paired with the right product, is utilizing modern communication tools of social media to have amazing reach. And I, for one, am changing my view along with the times.

I suppose first and foremost, I should introduce myself and my background.

I'm Mike Horn, a 25+ year veteran of pop culture fan engagement. What does that mean?

I started my career somewhat traditionally by answering an ad in the newspaper (remember those?) for a buyer of trading cards at a wholesaler. This was the end of 1991 and I was a fresh college graduate, armed with an English major and no idea what I wanted to do. I ended up getting the job and was introduced (formally, more on my background on a later post) to the world of pop culture.

My job was with the largest wholesaler of comic books in the world, Diamond Comic Distributors in Baltimore, MD. Diamond was (and still is) in the business of supplying products to comic book shops. This was the early 1990s and trading cards were BOOMING. I was the fourth guy on a four-man team and my job was, initially, to deal with the trading card companies. I would gather as much information as I could and present that to the editorial team who produced the monthly catalog PREVIEWS, which both consumers and retailers used to place orders for their shops. After getting settled in, I expanded to also handle the licensed products (toys, posters, t-shirts, etc. All the products that you find a typical comic book shop that are not actually comics).

Fast forward about two and a half years, and, more than anything I was bored with the routine. (There's a longer story, but I'll save that for a future post.) Armed with the bravado of a 25-year-old and the wisdom of 30 months of career experience, I started my first business. Well, first, I spent the summer mountain biking in Colorado, Utah, and New Mexico...THEN I started my first business.

And I mention that because that is an integral part of my story and relevant to the title of this blog. You see, my very first entrepreneurial venture was not borne of some innate desire to create the ultimate business. Nor was it a Steve Jobsian desire to Change The World. No, I just wanted control over my life. And even more short term, my days. Keep in mind that this was decades before smartphones and constant contact in your pocket. I just didn't want to be regulated by a schedule that I didn't set.

So....What do I mean when I use the term "Semi-Entrepreneur?"

Moreso now than ever, I believe that there is a personality type that sits somewhere between the stereotypical Type A Entrepreneur and the Career Type. This is even the case in my own family! My oldest brother is a non-stop career entrepreneur, owning multiple companies and starting businesses as a hobby. The middle brother is an elementary PE teacher (approaching retirement). My career (and my life) is a blend of the two.

Whether it's a side hustle or just taking advantage of the Gig Economy, the notion of a "Lifestyle Business" is no longer some kind of insult. It's simply you taking steps to control your life!
Posted by Mike Horn at 10:50 AM 2 comments: